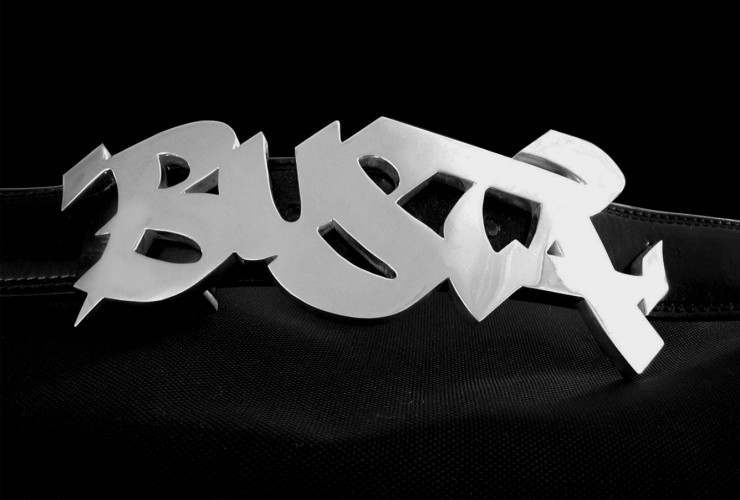 KEL is a native New Yorker who emerged as one of the best masters of wild style lettering in the graffiti revolution of the 1970s. The signature style of KEL1ST masterpieces were graphically the boldest with an unlikely color palette compared to his peers. His large scale lettering covered the entire sides of the subway cars that was enhanced with highly stylized renditions of caricatures. KEL is one of the few masters who was able to cross racial boundaries and team up with some of the most talented artists of the culture; DONDI, CRASH, MIN, FUTURA, SEEN, CASE II and others. His collaborations with such a wide variety of artists gave the New York MTA a rolling art gallery that museums and galleries envied.

The Bronx bred KEL 1ST gave his home borough an authentic flavor of graffiti that has been well documented in the general media and Hip-Hop publications world-wide. KEL’s partnerships yielded amazing works of art on the trains and the few lucky walls that he graced. He was a central figure for graffiti at the entrance to the art world when OK Harris gallery first exhibited Henry Chalfant’s collection of subway trains of the day. The body of work KEL produced with many partners was well documented in the show giving light to the diversity of his talent. As graffiti gain momentum in the art world his work continued to be exhibited in shows at FUN, Tony Sharfrazi, Sidney Janis, Joy Horwich Gallery as well as in European collections. KEL was held in high esteem in the art world and graffiti culture eventually becoming part of permanent collections in museums like the Brooklyn Museum of Art.

KEL’s attraction for “getting up” transformed into his education at Parsons School of Design where he majored in Communication Design. There he studied advertising, marketing, publishing and photography as the creation of art for commercial use. He stayed true to his love for graffiti and the art of the letter, building upon that with his jewellery company, KEL1ST JEWELS • Custom Like You™. This enabled him to create works for many recording artists like Madonna, Mariah Carey, Busta Rhymes, Kelis and Afrika Bambaataa.

He also co-founded Voice of the Ghetto Productions a community centered organization that helped educate, inspire and transform many of the urban underserved youth population dreams into reality. He worked closely with neighbouring schools and institutions like The Art Directors club of New York to create career art programs that helped students learn the new technology and gain school credits while working in his company. By now it would seemed the plate would be full and there was little left to do, but KEL then returned to the education sector and his Alma Mater, Parsons to teach web design, desktop publishing and graphic design to a new crop of designers.

His commercial success also included roles as art director for The Wall Street Journal’s website WSJ.COM and various printed trade magazines. KEL continued to pursue his creative vision leading him to design graphic programs for high end fashion designers at Madison Avenue’s Polo Ralph Lauren and the great northwest outfitter Eddie Bauer. He was then commissioned to design and produce the famed CFDA (Council of Fashion Designers of America) awards show for “The Year of the Sneaker”.

KEL’s love of fashion has kept his jewellery in high demand among the Hip-Hop music world as well in the culture. He continues to create unique commissioned pieces.